Famous 2-stroke tuner, Stan Stephens, approached us about designing and fabricating a set of expansion chambers for his latest race bike: An RS-250 Aprilia with a RD350 engine enlarged to 535cc. Stan is legendary for tuning 2-stroke engines for many years. His main reason for coming to us for exhaust pipes was the lack of success with "off-the-shelf" pipes, largely source from the USA.

Banshee Quads are very popular in the US and the amount of kits to enlarge the venerable RD-350 engine is mindboggling. The configuration Stan chose for this race bike was 535cc using a new top end with 73 mm bores with pneumatic powervalves and a +10 mm crank resulting in a 64 mm stroke.

After unsuccessfully trying sevreal different sets of exhaust pipes, Stan wasn't satisfied with the results they produced. Specifically, the pipes wouldn't allow the engine to "rev out", and the torque curve was far too aggressive for race bike application. Not surprising considering these were made for quads. Stan described it as needing at least 3 more gears in order to use the engine's very limited rev range. 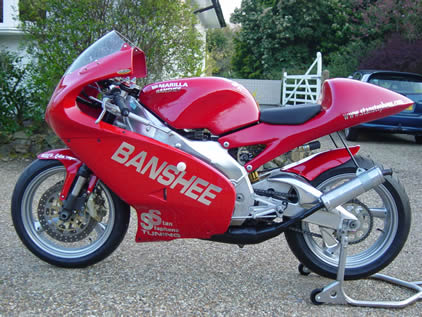 Using our computer simulation tools, we quickly determined why these exhausts so severely limited the revs. Based on the simulation results, we decided to build 4 sets of expansion chambers with only slightly different dimensions and tested all three sets on the dyno. Stan then decided which power and torque curves suited his needs best and we fitted that set to his bike.

Here is the bike ready for dyno testing with a set iof "dyno pipes" fitted. Note that these pipes are not fully fitted and allow us to more quickly evaluate various pipe designs. 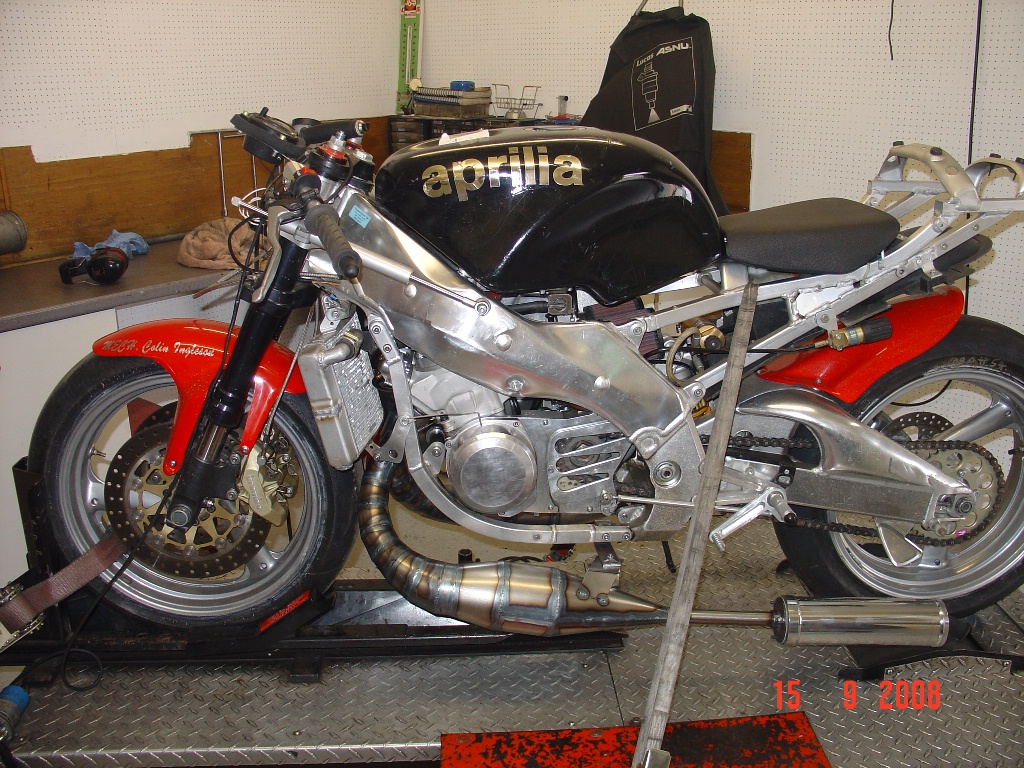 And finally, here is a comparison of the dyno results. Keep in mind that no changes were made to the engine or carburation for true back to back testing. Once the final pipes were made, Stan continued his tuning and achieved the truly awesome 120bhp-120kg! 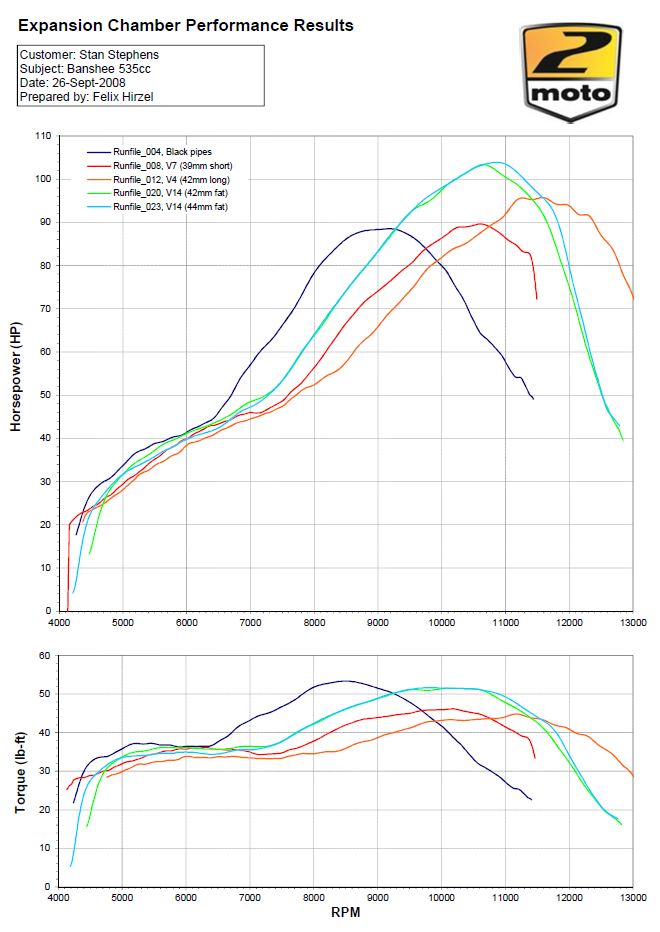 Stan has since track tested the bike with our new exhaust system and in his words: "Power isn't a problem anymore!" Also noteworthy is that the torque curve is pretty flat for a 2-stroke and that makes for excellent driveability out of corners, while still giving a bit of that "2-stroke kick" at around 7,500 RPM. Needless to say, the overall result is very pleasing and Stan is not an easy man to please!

Stan tuned the bike further and optimised the carburation and got it to 120 bhp using the same pipes. He then campaigned the bike in the open class of the BEMSEE race club and was subsequently banned because they deemed him to have an unfair advantage!

So, if you have ever wanted the ultimate Yamaha Powervalve motor, talk to Stan Stephens about his engine work. Then, get a set of these exhausts from us, and you will have the ultimate 2-stroke bike. It's lighter, slimmer, and far cheaper than the popular RG500 engined special, yet will out perform all but the most highly tuned RG500!

You can read much more about our experience with Banshee kitted RD350 engines.